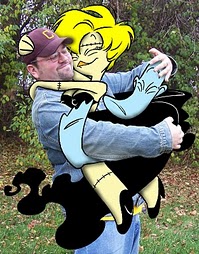 Jay’s other creator-owned work is NECRONOMICOMICS, a single panel comic that lampoons horror films, which is published monthly in Rue Morgue Magazine.

Jay has also produces licensed comic book work, as an illustrator on IDW’s MY LITTLE PONY series, and Boom’s ADVENTURE TIME and THE AMAZING WORLD OF GUMBALL. At Ape Entertainment, Jay did illustrations for DREAMWORKS ANIMATION MAGAZINE, and was a writer and artist on the SESAME STREET comic book.

Jay’s artwork was featured in the Eisner Award-nominated book TEAM CUL DE SAC: CARTOONISTS DRAW THE LINE AT PARKINSON’S, alongside other professional cartoonists who drew characters from Richard Thompson’s comic strip CUL DE SAC, with proceeds going towards a cure for Parkinson’s Disease. Jay’s comic BODIE TROLL has been nominated for best comic book in the 2014 Reuben Awards.

Jay is also a member of The National Cartoonists Society. Jay lives in Plymouth, MI with his cat, Goonie. 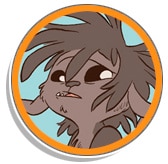 Jay’s creator-owned, all-ages comic set in the mythic village of Hagadorn and featuring a grumpy little troll named Bodie. While he aspires to be big and scary, he’s actually cute and cuddly, which confounds his attempts every time. Available as a continuing series and trade paperback from Red 5 Comics. 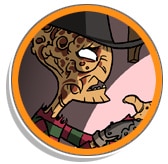 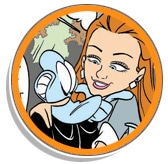 Jay’s creator-owned graphic novel about a minion of Death and his sidekick, Zombie Chick, as they collect the dead in all their weirdest and wackiest forms. Previously published by Ape Entertainment in 2009, Dead Duck is currently re-run as a web comic. 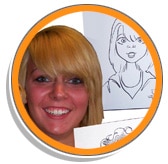 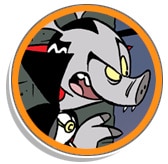 An all-ages comic about a vampire pig named Count Porkula who schemes to overthrow the village of Farmsylvania by turning everyone into monsters. Created by Ape Entertainment co-publisher Brent Erwin, designed, written, drawn, colored and lettered by Jay. 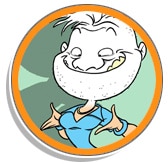 Jay is available to draw almost anything you’d like — his characters, pop culture icons, caricatures of celebrities, friends, family and pets, or anything else you can imagine. 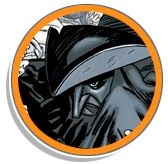 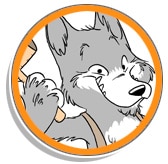