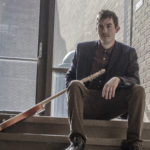 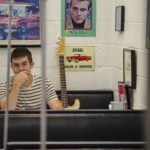 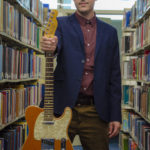 A versatile musician with a zeal for innovation.

Discovering music by happenstance, the love was instant and perhaps overdue. David had begun begun playing saxophone in elementary school, but hadn’t discovered it was his passion until he was fourteen and picked up the guitar. Until then, music was purely background noise and discussion for his older peers. With limited resources, he used any combination of available tools to begin writing. With a secondhand guitar and windows 95 microphone, he’d record a minute soundbite, and play it back through the speakers. With quick hands and multiple windows he was able to begin recording and layering the music that fascinated him. Once he’d developed an understanding of the vernacular of classic rock that enraptured him as a teenager, he immediately sought out the inner workings of various genres. From video games, to jazz, country and classical, his desire for emulation and innovation has been ever ceasing to the present day. The bliss of learning, teaching, and performing is what drives him to share both his knowledge and talent.

David is freelance musician based in southeast Michigan. His original music fuses the classic beauty of Motown and Jazz with the energy and aesthetics of contemporary dance music. David performs full time with a variety of acts and solo shows. He has played shows at multiple venues including: St. Andrews Hall, The Magic Stick, Arts Beats and Eats, Little Caesar’s Arena, and more!