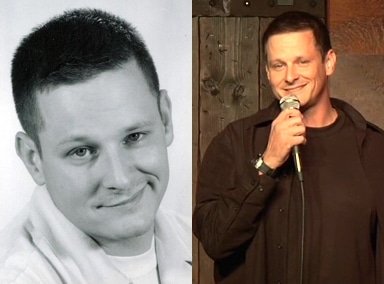 Russ has been on NBC,CBS,ABC,FOX,CNN and MSNBC as a comic, not some crowd shot. Mostly because of shows and interviews in Iraq.

Shows like Howard Stern, Mancow and even had my own morning radio show for a while. Russ has been a full time working comic for since 2003. His biggest audience was 10,000 at the DTE music theater in Michigan.  Russ’s comedy is perfect for clean corporate events!

Russ is a comic who has made people laugh all over the world. From New York to L.A., Canada to the troops in Iraq he always has something funny to say. He has had a completely crazy life that you will completely be able to relate to. TV, radio, honkytonks and hockey rinks, he has performed in every setting imaginable. He always knows just what to say to make you smile, you will be very glad you saw Russ.