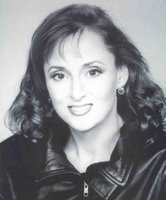 Named an HBO 1999 Comedy Fest Semi-finalist, Sheila has performed in virtually every club in and around Michigan. Sheila was invited to perform in Motor City Women of Comedy in 95, 96, and 97 at Mark Ridley’s Comedy Castle.

Sheila is also a singer/songwriter and has performed her music on various stages; Xheido’s, The Centaur, Bert’s Marketplace and won third place in the Michigan Songwriter’s Contest for her jazz composition “The Only Medicine”.